Screens get more and more important in our daily lives. They got up to photo realistic sharpness. They got as flat as paper. Highly energy efficient and even bendable. But the future for the display manufacturers are bleak. Why? Because you will only need 2 displays to replace them all!

Since I first had an Occulus Rift DK1 on my head I tell my friends about this technology. But VR will not be the future of the workplace. VR is just a, very simple, stepping stone. I believe that hyper realistic Augmented Reality will be the future. It needs three technologies to come together to make that happen: High Resolution Ultra Realistic Semitransparent Imaging, Real Time Location Mapping and High Precision Spacial Location Technologies.

High Resolution Ultra Realistic Semitransparent Imaging is the obvious part. Lets unravel that adjective worm. First semitransparent. This is the basic difference between virtual reality and augmented reality. The first one is none transparent and just renders everything. The second one uses a (semi) transparent display and renders „over“ the picture you see through. Thus a augmented reality solution can also be a virtual reality solution by rendering over all the display, blocking out the real world.
High Resolution is the next adjective: Imagine an imaging system that can show you digital pictures that are so finely rasterized, that you can not see any pixels anymore. Sounds complicated? It’s actually not. If you have a display close to your eye, or maybe even in your eye (in form of a contact lens or an implant) you need only to reach the resolution of your eyes retina. With current 2D displays you have the problem, that you can move your eye closer to the display until you see the pixels, or farther away, where you „waste“ the high resolution. With an display in or directly in front of your eye, you can optimize that display to have exactly the needed resolution. The resolution is actually not that high and, sooner or later, will be build.
The next attribute is Ultra Realistic. This means, that the coloring and lighting of the object needs to be perfect. The problem is not the rendering part. The problem to solve here, is to recognize the lighting situation of the real world, so that the object you are rendering looks like it is really there. This ties in nicely with the second technology that is needed:

Real Time Location Mapping describes the capability to „scan“ the surrounding and building a precise digital model of it – in real time. Why is this necessary? Well if you want to put a virtual piece of paper on your desk, you need to know how high the desk is, the slope of the desk etc. Else you piece of paper could „float“ above the desk or sink into it which would destroy the immersive effect you want to create in the first place. Also you need this model to create physical correct behavior. If you drop a ball on a slope it should roll to the physically right direction.

High Precision Spacial Location Technologies are needed to place things in the real world and finding it again at the same place when you come back. It is also necessary for sharing objects between people in the same area. Maybe you want other people to see the same virtual picture on the wall.

Lets imagine you are an IT guy, working on creating software systems. Your powerful IDE gives you lots of helpful views/widgets/windows to work on your code. In the old days you were limited to 1 or 2, rarely more displays (your boss didn’t want to pay for more). Now, you simply create as many virtual displays as you need and you position them around your place. Some could „stand“ on the desk, some less often used ones may float next to you in the air.

You are working together with 7 other people in a small crossfunctional team. You see Bob on his desk in the corner, albeit he works from home today. He just choose to transmit his presence into the office space, so that other people know where he is (and that the boss believes that he is working).

On the far wall of the room the team decided to project the production server logs and the build server status. So both things are always in sight. Basically the team defined that the wall is now a huge 5x3m screen. This information is location dependent and private. Only team members that come into the office will see this information. The calendar with the plan for physical presence in the office on the other hand is publicly shared. So everybody that comes in can see it. It is automatically updated from the database, no manual syncing of information between electronic and physical mediums is needed.

What are the consequences?

Well a very simple consequence is that you will no longer need displays on other gadgets. Phones can be created without display, maybe they become more like an wristband or the „StarTrek“ Communication button. You will neither need a PC/Laptop Monitor, projector nor a TV. This is bad news for display manufacturing companies. Either they jump on the AR train and lead the charge (to survive) or they will try to stop this evolution. History will tell which side they chose.

You also don’t need a dedicated wall/furniture for the now obsolete displays anymore. Architecture and interior design can now focus on other aspects of live, instead of building the living room around the TV.

Another consequence is, that the digital world will be everywhere. You can overlay videos over everything. In newspapers (if dead trees aka paper will still be used) or as commercials in the streets.

Another aspect is that windows and views are also obsolete. You can have jar dropping views in your small town basement apartment just as well as in a skyline loft. This can very well change the real estate market. AR will make anything possible as long as it is visual.

Where are we right now?

For this I would like to share a TED talk from April 2016. It is a showcase for Microsoft HoloLens. It is not yet there, but it is not to far away either.

Do you think I’m right, or where did I go wrong? Let me know in the comments.

Complexity, effort, time – what do we estimate when we use story points?

If all user stories are estimated and implemented by the very same person, than the rule should apply: The higher the story points, the more time had been invested (effort).

But we work in teams and as we know, we all have different working speeds. This is the reason why we use story points instead of time estimates. And story points work always in relation to other stories (relative estimation), means „smaller, same or bigger as the other story“. Thus, next time when you estimate ask yourself this question:

„If I had to implement this story all by myself, but I could use all the tools that are available to my team, would it take longer, shorter or as long as the reference story?“

But immediately you will say „But I can not use those tools“ or „I lack the process/domain knowledge etc.“. True – BUT this is true for all stories and therefore (because we estimate by comparing stories) cancels out of the estimation. To estimate „smaller, same or bigger“ you only need to ask those team members who know how to use the tools or have the knowledge. If they say „its less than the other story“ than this holds true if you would do the job.

One final word regarding risk or beeing unsure. It is always good to finish stuff faster. Problems arise (for the PO) if we under estimate tasks. Thus if you feel unsure, it is a good idea to think about the realistic worst case scenario and compare that with the reference story.

Today was a day of greater insights at work. We (Java guys and our DBA) have been discussing how to optimize database access from our Java application. Of course we use JPA (by OpenJPA).

We came to the conclusion, that we all are great fans of interfaces and separation of concerns, but we failed to apply it when we designed our persistence layer.

In our application, the jpa entities are exact copies of the tables in the database. Currently we do a refactoring of our database design, and this hits the application code hard.

The following steps to enlightenment we climbed today:

If you have considered this points, also read this article on optimizing the use of JPA by 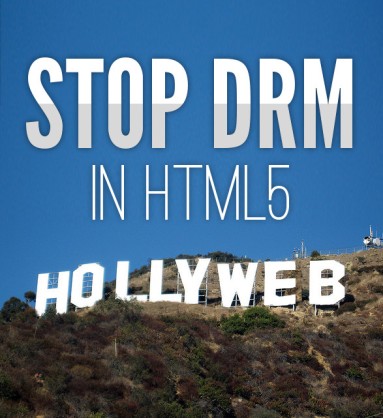 There are lots of websites which explain to Java coders, that whenever you override equals() you also have to override hashCode(). You need to override those methods especially when you use JPA. Eclipse is a nice tool, that helps you with generating those „custom implementations“.

But beware of the such generated hashCode() methods. It will ruine your day when you use HashSet or HashTable containers and expect them to work like they did with the standard implementation.

The rule of thumb is:

„Only include those variables in the hashCode generation, which will not change during the usage time of the object.“

Why? Just think about a simple class „Foo“ that has a mutable (means normal) property named „value“ and a Eclipse generated hashCode() method implementation (which will use the field value to calculate the hash). Given this class, what will this little test print out?:

Believe it or not, the HashSet will not recognise the instance f anymore, because HashSet and HashTable will use the hashCode() method before the equals() method will be used to identify if an object is included in the container.

So only use immutable variables like ids that will not change during the usage of the class. Such a hashCode() method will still comply to the contract that

Equal objects must produce the same hash code as long as they are equal, however unequal objects need not produce distinct hash codes.